It satisfies the soul to make something beautiful and lasting with your own hands, whether it’s for a religious or an ordinary use. 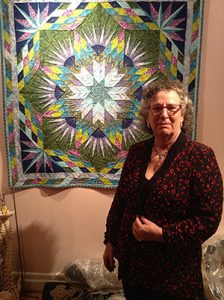 “I’ve spent a lifetime living up to my name,” textile artist Merrie Handfinger says, with a laugh. Trained in the hands-on healing of chiropractics and massage, Merrie has always created art with her hands, doing needlework for pleasure—and for the challenge of “seeing something creative, something finished.”

Making silk tallisim, or Jewish ritual prayer shawls, has many levels of meaning for Merrie, who grew up in a traditional Jewish community, where they are worn only by men. As a woman, a feminist, and the mother of a young daughter, Merrie relishes her special role as tallis-maker to the women of her community. Taking her design cues from their imaginations, she asks, “What is your vision? Show me your dream. I will do my best to achieve it.”

Growing up in the well-paved heart of Brooklyn, Merrie escaped with her family to the green valleys and cozy bungalow colonies of the Catskill Mountains every summer. “To keep me out of trouble, my mother bought me a pre-stamped cross-stitch pillowcase kit, and I was started.” Her debut as a needleworker was at age 9, but the first seeds were sown much earlier, and by another generation. “I have a vision of my grandmother in her living room in Brooklyn—in her beach chair—working with a tiny, tiny crochet hook,” turning out doilies, tablecloths, antimacassars, and other fancywork until her eyes grew too dim for close work.

Using traditional women’s work to express political ends is a time-honored path, from sampler-stitching Abolitionists to textile weavers in the Middle East who “wrote” their narratives on their looms, and Merrie derives a special satisfaction from knowing she is part of that chain. 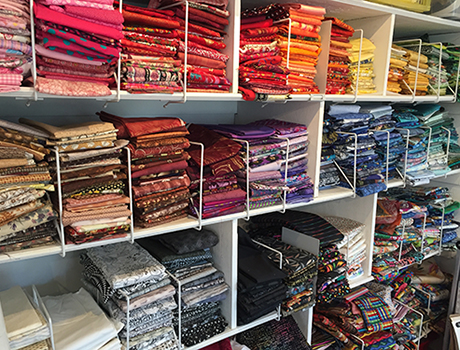 “I have a kind of accomplishment complex,” she confides, half-joking. “I like to make things that last. It satisfies me, and affirms me, too. There’s a ‘zen’ to it,” she adds, a meditative, deliberative place from which she works, that frees her mind of the mundane and allows her to focus with clarity and precision on the task at hand.

Active in her synagogue, with two children, Elize and Doron, in a progressive Jewish school, Merrie and her husband Marc Simon live against a canvas of Jewish values and practices. The silk prayer shawls that Merrie makes these days are part of the community fabric.

“You put a piece of yourself into the work,” Merrie says quietly. “That’s how I feel when I see the tallisim I’ve made—I look around the synagogue and count, that one’s mine, and that one, and that one. A piece of me will live on no matter where they go.”

This article appeared in the Spring 2000 issue of The Art of Simple Living magazine, published by Hearst Custom Marketing. 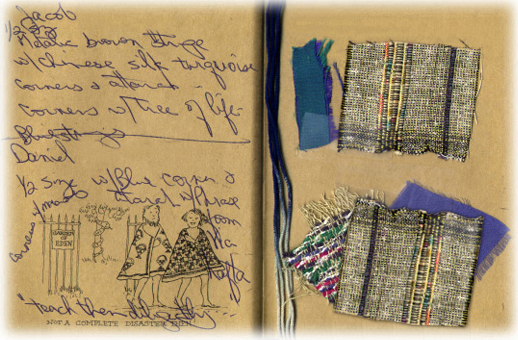 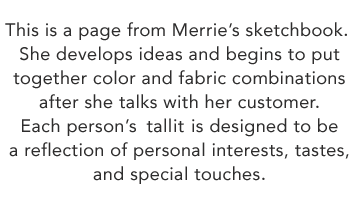